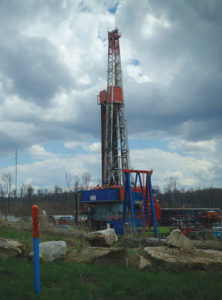 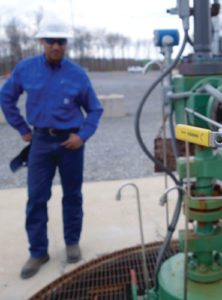 “Coming Clean: Why we aren’t a green city…yet” Produced in collaboration with Pittsburgh Magazine.

In its bid to host Amazon’s second headquarters, Pittsburgh’s weakest attribute may be its sustainability.

Why couldn’t Pittsburgh — in this defining moment — pitch a sustainability plan that falls in line with Amazon’s aspirations?

This story was produced in partnership with Pittsburgh Magazine.
Last summer, a few months before the city submitted its Amazon bid, Mayor Bill Peduto committed the city to 100 percent renewable energy by 2035 in support of the Paris Agreement on climate change and in defiance of President Donald Trump. But when Peduto spoke at a clean building conference in April, the tone seemed different. He asked the audience to raise their hands if it was their first time to Pittsburgh. “Keep your hands up if you were expecting old rusty steel mills,” he said. “The rest of you are lying. The nice thing about Pittsburgh, there are not great expectations.”

This is the paradox of Pittsburgh’s current environmental identity: The city is claiming the role of environmental leader but still touts its success relative to its dirty past.

Getting Beyond The Past

The deficits of its past remain daunting — with billions of dollars needed to continue remediating overflowing sewers, lead pipes, brownfield contamination and more. The air quality still ranks among the nation’s worst when measured near industrial polluters, such as the Clairton Coke Works, which was fined $1 million by the Allegheny County Health Department this summer for ongoing violations in the air quality agreement. But, overall, the air quality continues to improve, and planned upgrades to the sewer system over the next decade should make the rivers cleaner than they’ve been in generations.

Yet part of what it means to be a green city today is distinct from cleaning up the pollution of the past.

The biggest environmental challenge of the present is climate change, according to scientists at the United Nations. The only way to address it is for people to stop producing so many greenhouse gas emissions. Major cities such as New York and Washington, D.C., have reduced their greenhouse gas emissions by 15 and 23 percent since 2005-2006, and even cities with fewer resources, such as St. Louis and San Diego, have seen their emissions drop.

There isn’t a consistent time period all cities use to measure their greenhouse gas emissions. During the only period measured in Pittsburgh, 2003 to 2013, carbon emissions increased by about 10 percent, despite efforts to curb them.

Alissa Burger, a senior policy adviser with the Pennsylvania Environmental Council, says the city needs to start comparing itself to Seattle and Boston, not industrial counterparts of the past. “It is going to get us further than comparing us to Cleveland. Just because they are our rival in football doesn’t mean they are a rival when it comes to decarbonization.”

Pittsburgh can’t escape its geography or its past — an urban center in a region rich with coal and, more recently, discovered to be sitting in one of the largest natural gas plays in the world.

As time goes on, though, cities like Pittsburgh will not only continue to be judged by environmentalists, corporations and potential residents alike on traditional measures of pollution but also on how green its energy is. Many climate scientists believe everything that runs on fossil fuels, like cars, needs to eventually run on electricity. And the electricity itself needs to become much cleaner. This could be a significant opportunity to grow a green energy industry.

Leaders in Pittsburgh often cite the more than 8,000 clean energy jobs already here. But many of those jobs are not full time — or are not truly new. The definition of a green job is any job where more than 0 percent of the work has a green component. The latest data suggests Allegheny County added 4,000 additional clean energy jobs last year but it’s not clear if these are new jobs or old jobs that have incorporated a component of clean energy work.

The job numbers are slightly misleading. The report labels any job with even just a day’s worth of green energy work as a green energy job. This could include an energy salesman who sells mostly ordinary energy policies but has renewable offerings, or a roofer who spends some time installing solar panels but is usually installing traditional roofs.

For example: When considering only those jobs where at least half of the day’s work involves green energy, the number of solar jobs decreases by about a third in Pennsylvania and the nation at large. Even fewer workers spend 100 percent of their day working in solar.

If the city does have an advantage, some experts think it could lie in turning one of its biggest deficits — its old buildings — into its most powerful resource. About 80 percent of the city’s climate emissions come from the poor energy-efficiency of its buildings. The city has already taken steps in a major energy efficiency initiative and, with more investment, could become a leader in the country’s push for energy efficiency. Some local experts think that developing and installing more efficient lighting, better insulation and other tighter building standards could be the area’s best hope for a green future.

Two years ago, Grant Ervin, chief resilience officer for the City of Pittsburgh, began planning for how the city would respond to climate change. He says he repeatedly heard two major fears: One was about the closure of the Beaver Valley nuclear plant because of how much greenhouse gas-free energy it provided. The other concern was over a substantial increase in industrial production, such as what is expected to come from Shell’s new Beaver County ethane cracker plant and others still to come.

Now, both worst-case scenarios appear to be imminent…. Continue reading

The story also appears on PublicSource.org