On the morning of Aug. 29, 2005, Asia Bunner, 7, awoke to cold water droplets on her face and the sound of shattering glass. She felt tired and confused.

She tiptoed over the glass shards from her bedroom window in Gautier, Miss., past her stepdad in front of the TV, and curled into bed with her mom.

Back in Kansas, Asia’s father, Robert Bunner, 42, saw what was happening on the news, grabbed his phone and dialed. But a recording said the area had been hit by a hurricane, and the phone disconnected.

The Bunners are two of many Wichita residents whose lives were transformed by Hurricane Katrina, the most deadly and, except for the great Mississippi flood of 1927, most destructive storm to hit the U.S. in a century.

Although residents of New Orleans and the Louisiana and Mississippi gulf coasts endured its most serious consequences, many Wichita residents were swept up in the aftermath.

Some survivors moved here permanently and others made Wichita their temporary refuge. It brought some families closer together and split others apart.

The community organized a massive relief effort, donated untold resources and some even moved away to help broken communities rebuild.

Looking back 10 years later, all of those affected said the hurricane had spun their lives in unpredictable new directions….Continue reading 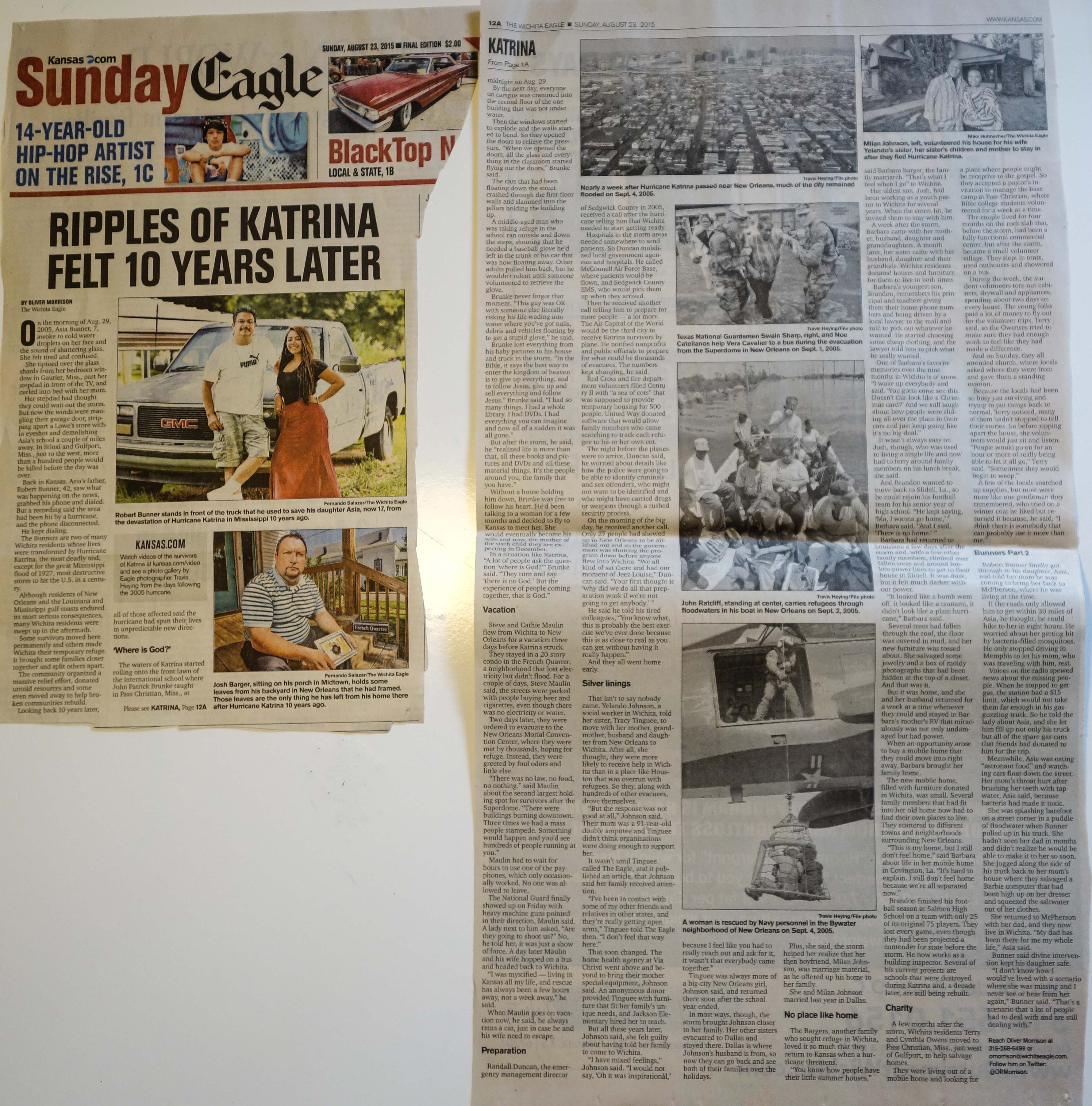