When Russell Frost grabbed his 9 mm gun and cocked it in an unfamiliar neighborhood in southern Baghdad, he knew he was in trouble.

Frost grew up in Wichita and didn’t have military training. He was a mechanic. But he had worked in the Middle East for more than a decade, so on Jan. 15, he was under no illusions about the danger he faced.

A man stood in front of Frost’s van and hid something behind his leg. Frost looked around the parking lot and saw men standing by doorways and leering around corners. The parking lot exit was blocked.

Frost looked up to see the barrel of a gun pointed at him from an apartment window. “Man, this is not good,” he thought. “This is not good.”

Frost’s two co-workers, Amr Mohamed and Waiel El-Maadawy, were arguing nearby in Arabic with two men who had approached them. They were joined by another 20 or 30 men, with guns larger than theirs.

El-Maadawy came over to the car and told Frost he needed to hand over his gun. “Are you sure?” Frost asked. “Are you sure you want me to do this?”

“Are you sure they’re not ISIS?” Frost asked.

El-Maadawy had seen a picture of a radical Shiite cleric on one man’s phone. The cleric sometimes worked with the government. It was a slim hope, but based on how outgunned they were, El-Maadawy thought, it was their only hope.

El-Maadawy repeated himself twice before Frost handed over his gun, as several armed men jumped into the van and told them to drive…..Continue reading When Mindy Hedval was 12, her grandma gave her a box of yellow ribbons to hand out at school.

Mindy’s mother and father, Martin and Gracia Burnham, had been taken hostage on a remote island in the Philippines. Once it was clear that her parents would not be released quickly, Mindy and her two brothers, Jeff and Zach, were sent from the Philippines to live with their grandparents in Rose Hill.

She started public school for the first time, excelled and made many friends. At night, she and her siblings watched the news to hear updates on their parents.

Martin and Gracia – who were kidnapped 15 years ago this month – were slowly wasting away in the jungle, often sick and without food, as their captors, Abu Sayyaf, traded gunfire with the Philippine military and pushed them up and down steep hills.

Mindy’s dad, who was often tied to a tree, would sing her mom to sleep on the floor of the jungle as bugs crawled over them and bit them.

The ribbons were a small token of support.

But Mindy was just 12. She was afraid of what people at school thought about her. She was the only one in sixth grade to get a special birthday party from her teachers that year. Her friends were careful about bringing up her parents in conversation, she said.

But she thrived off the love she felt from the whole community.

“People ask me a blanket statement: ‘How was that year for you guys?’ and I always just say, ‘It was a good year,’ ” Mindy says now.

Instead of giving out the yellow ribbons, she kept them in her locker.

It wasn’t until about the time she headed off for college that she finally looked at the ribbons, saw them as just another piece of useless clutter and threw them away.

Mindy attended a Bible college, and everyone there seemed to have read her mom’s book about captivity. She wanted to finally put all the pieces together, so she decided to read it herself.

Her college friends would come in and laugh because they thought it was funny to see her sitting on a love seat – with a small, travel version of her mom’s book – reading about what had happened in her own life.

But the story gave her clarity.

“I was able to understand their plight a little bit more,” Mindy said. “When you read a book from start to finish, you see character development and feel the weariness after a year of living that way.”

And for the first time, she felt really angry over how her parents were treated, not just by the terrorists but by the whole political imbroglio that stemmed from their capture.

And she realized that the premonition that she’d felt as a 12-year-old had been right. Her parents appeared on the news one night in a video, looking beaten down, begging for someone to pay a ransom for their release.

“And when that video went off, I remember looking at my grandparents and saying, ‘We have to do something, we have to pay something,’ ” Mindy said. “That’s what (mom and dad) are asking. Why can’t anyone do anything like that?”

It isn’t right to negotiate with terrorists, she was told at the time; her parents were being forced to say that.

But when she read the book, she realized she had been right: Her parents had wanted someone to pay their ransom.

“Of course that is what they were saying,” she said.

It wasn’t until she reached the end of the book that she started crying, she said.

“It’s a sad ending,” Mindy said, laughing, as if it were possible to speak of her own story with such detachment.

There are many paradoxes to the Burnham family’s story. It was the worst time of their lives, and yet even Gracia now thinks back to those times in the jungle without sadness, she said. The people the parents had spent their lives trying to bring joy to were the ones who had brought them such terror.

But perhaps the biggest paradox is that the one person who died, Martin, is the one whose spirit, they say, most obviously continues to live on….Continue reading 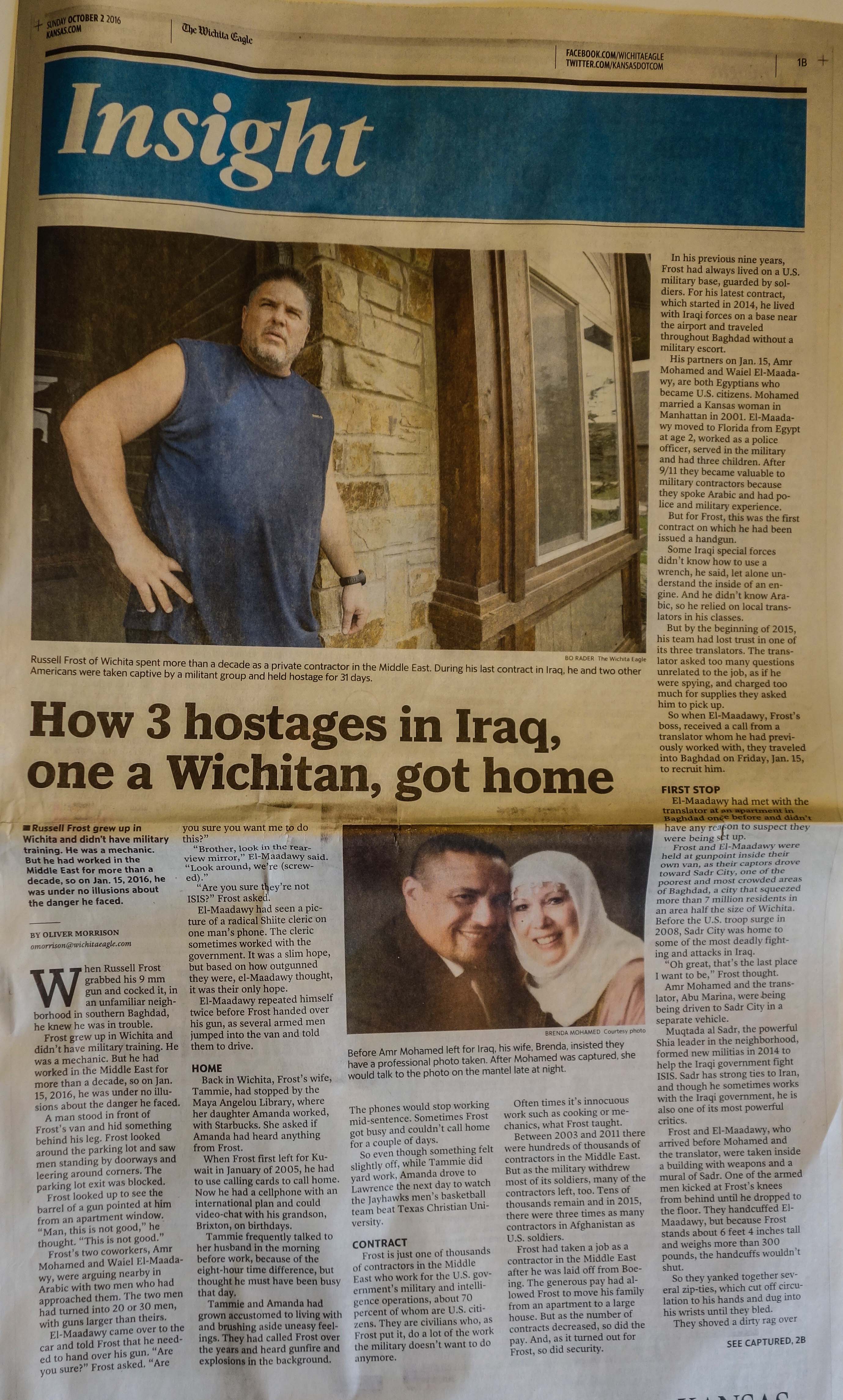 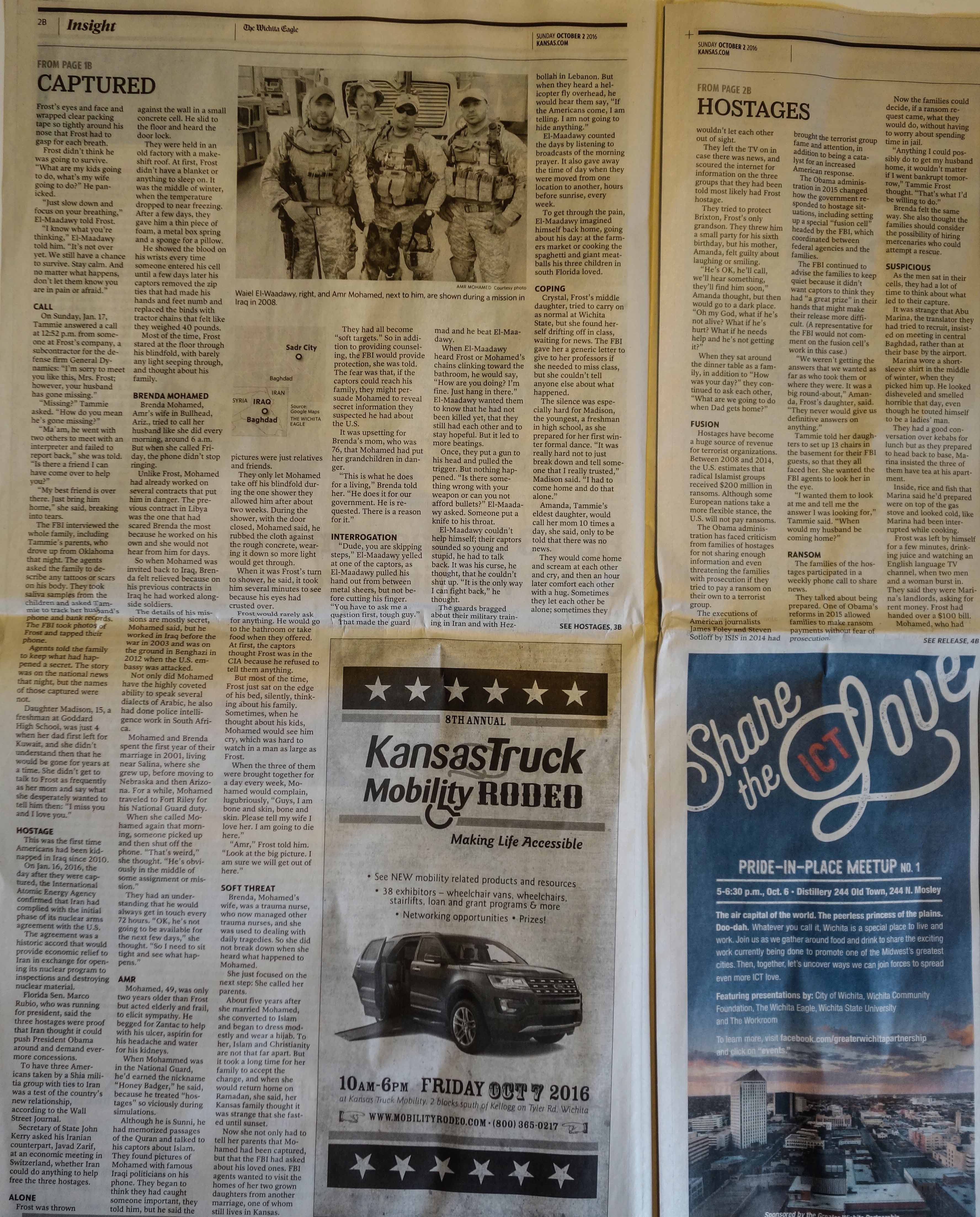