This series of stories is based on the Hearken model, where story ideas are submitted and voted on by the Wichita Eagle Readers.

“What?” I pulled out an earplug.

“Are you a journalist?” the lady to my left shouted.

A reader sent a question to Curious Wichita raising concerns about the noise level at Intrust Bank Arena, so my editor decided I should go investigate. The next concert on the calendar was “I Love the ’90s” with Salt-N-Pepa, Vanilla Ice and Coolio.

Awesome, I thought. That was my music growing up. I’ll be able to jam on the company’s dime.

An app on my phone recorded how loud it was, as the DJ led a contest to identify ’90s TV theme songs.

“Everybody make some noooooise!” shouted the DJ.

I was on a foldout chair in the middle of the arena, squeezed between two enthusiastic ladies on my left, who looked like they had gone for drinks beforehand, and the mother and daughter to my right who cheered in quiet solidarity.

“Crowd still coming in,” I scribbled on my notepad. “Will turnout be suppressed by rain?”

I looked down at the “Decibel 10” sound-meter application, which was registering decibels in the low-90s — high for ordinary life but low for a concert.

“Oh great,” I thought. “I’m going to write a story about the dangers of a noisy arena, and the rain has kept the crowd away. This is going to be a quiet disaster.”…Continue reading

This story about Bill Loveland won a Hearken award in the category of best story that wouldn’t have been assigned in a traditional newsroom.

September 3, 2016 “His inspections could help keep you aloft”

When Ben Blankley, an engineer for Spirit AeroSystems, walks onto an elevator, he looks first at the inspection certificate.

It’s not that he’s particularly worried about being trapped or falling. It’s just that he’s always been a bit of a nerd.

“You can go through a Target and see a thing on a shelf and a regular person might say, ‘I need to buy that for this purpose,’ ” Blankley said. “But an engineer would say, ‘How was that made? How did that get here? Who designed it? How can I make it better?’ That’s just running through our minds as we go through life.”

And recently he noticed that all the elevator inspection certificates he saw in Wichita had one name at the bottom: Bill Loveland.

“Who is Bill Loveland and what is his typical day like?” Blankley asked The Eagle as part of its new series, Curious Wichita, in which readers submit questions. (It turns out there are two inspectors, but Blankley saw the signature from only one of them.)

Blankley was skeptical and then happily surprised when, a week after The Eagle made a request to the city on Blankley’s behalf, Bill Loveland agreed to take him and a reporter with him on Wednesday.

Still, Blankley wasn’t sure what to expect when he showed up outside City Hall on Wednesday morning….Continue reading

August 27, 2016 “Is vehicle tax fraud a problem? The cost of making cheaters pay up

I see TX and OK plates on cars all around town. Many still register out of state to avoid paying their fair share of KS taxes. How to stop? Commodities Trader at Koch Industries

Numerous employees that live and work in Kansas illegally register their automobiles in other states to avoid sales tax and property tax. Roger Williams

The Eagle received two nearly identical questions about Kansas residents who register their vehicles out of state to avoid paying taxes.

Both questions came from Wichitans concerned about Kansas’ budget shortfalls. One works at Koch Industries and the other works at Cargill, the two largest private companies in the U.S. Both say they tend to be wary of bigger government and more taxes, but they think people should pay their fair share of what taxes there are.

The energy trader at Koch, who asked not to be named, said he started noticing Texas and Oklahoma license plates on his drive to and from work and began to count them: about one in every 10 cars had an out-of-state license plate, he said. (People are not required to give their names when submitting questions to Curious Wichita.)

Roger Williams, the food scientist at Cargill, said he has noticed expensive luxury cars and trucks in the company’s parking garage with out-of-state tags. These cars have been parking there for years, he said, indicating they are Kansas, not Oklahoma, residents.

He estimates the back taxes on just one of these illegally registered luxury vehicles would bring in more than $10,000 over the life of the vehicle. He should know, he said. In the past two years he purchased two vehicles, each of which cost more than $50,000, he said, and is paying thousands in taxes on both.

The taxes include the one-time sales tax and the annual tax to renew a license tag.

“The state keeps having supposedly money issues, and we have people move into our state and take really good jobs, and they find a way around paying their sales tax and legitimate property tax,” Williams said. “I think it borders on fraud that these people get away with it.”

Kansas charges both a one-time sales tax and a yearly property tax based on the value of a person’s car. If it’s a luxury car, that sales tax can be several thousand dollars up front and the tax to get a car tag can be more than $1,000 a year. But some states charge lower sales tax and a flat fee every year no matter how expensive the vehicle: In Oklahoma the sales tax is smaller and the yearly fee is less than $100 for a Porsche or a Pinto. This creates an incentive for Kansas residents to cheat and register their vehicle in Oklahoma if they have an Oklahoma address.

Local car businesses suspect that fraud is probably happening. Brad Cox, the manager at Scholfield Honda, said he hears from customers who considered buying their cars in other states before learning it’s hard to cheat on sales taxes. But Cox thinks some people never show up at his lot because they do buy their cars in another state.

Dan Beat, who used to sell insurance, said he sometimes turned away customers who wanted to register their vehicles in Oklahoma. He wasn’t licensed to sell car insurance there. But he said an insurance agent licensed in Oklahoma would probably not ask whether a customer’s home address and vehicle address matched up.

In order to register a car in another state, a Kansas resident would need an out-of-state address.

When Beat goes fishing in Missouri, at Table Rock Lake, local officials there refer to one of the small towns on the lake as “Little Wichita” because so many of the homes are owned by Wichitans. The same is true when he goes fishing at Grand Lake, in Oklahoma. In fact, according to the Kansas Department of Wildlife and Parks, there are thousands of boat owners in Oklahoma who have their registration documents sent to a Kansas address.

The suspicion is that some people who own vacation homes out of state, or who have family or friends who do, are registering their vehicles out of state.

But is it true? Are there huge numbers of Kansans registering their vehicles out of state? Are there any ways to stop it? And if it was stopped, would it generate enough revenue to make a dent in Kansas’ budget problems?…Continue reading 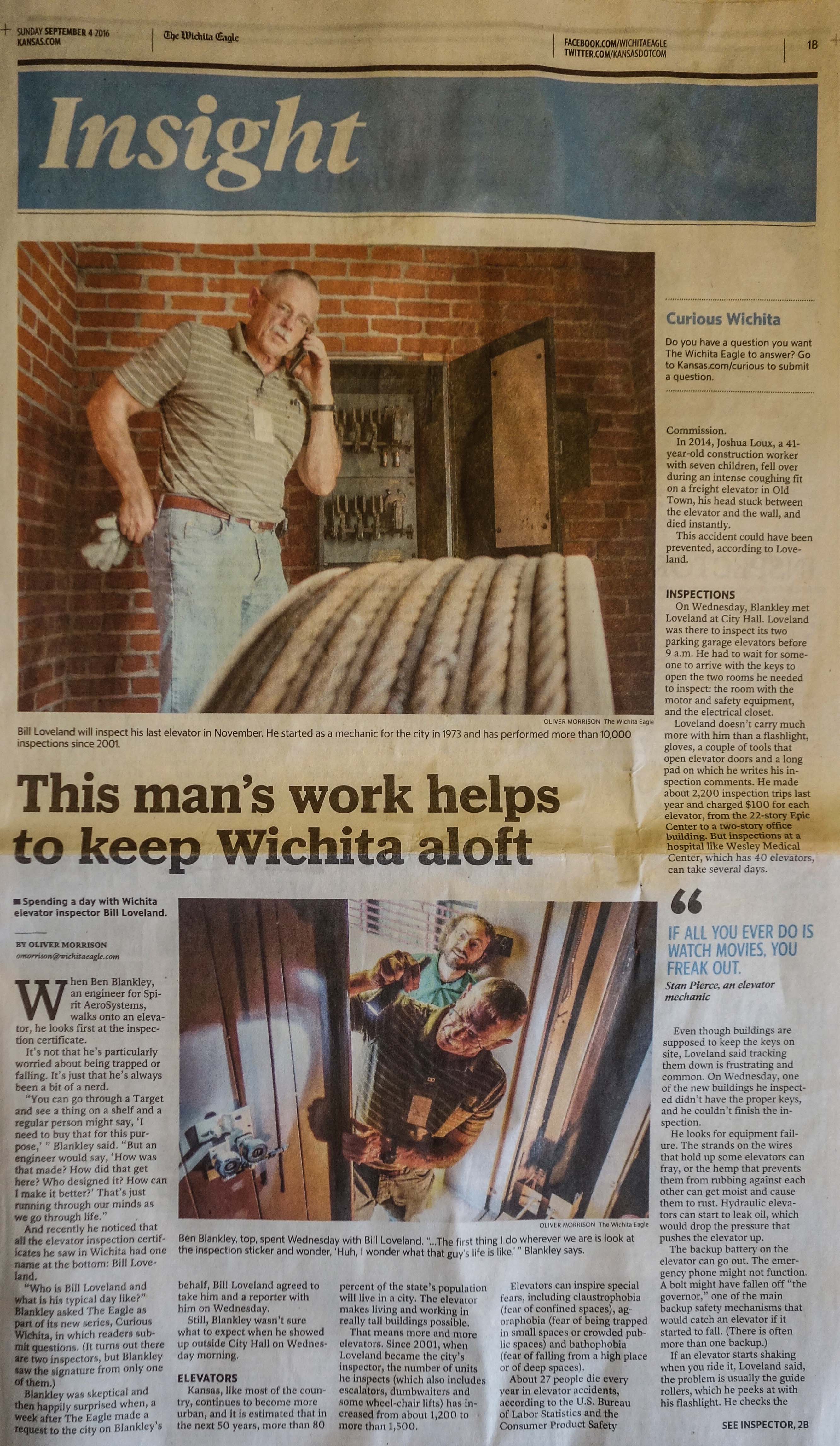