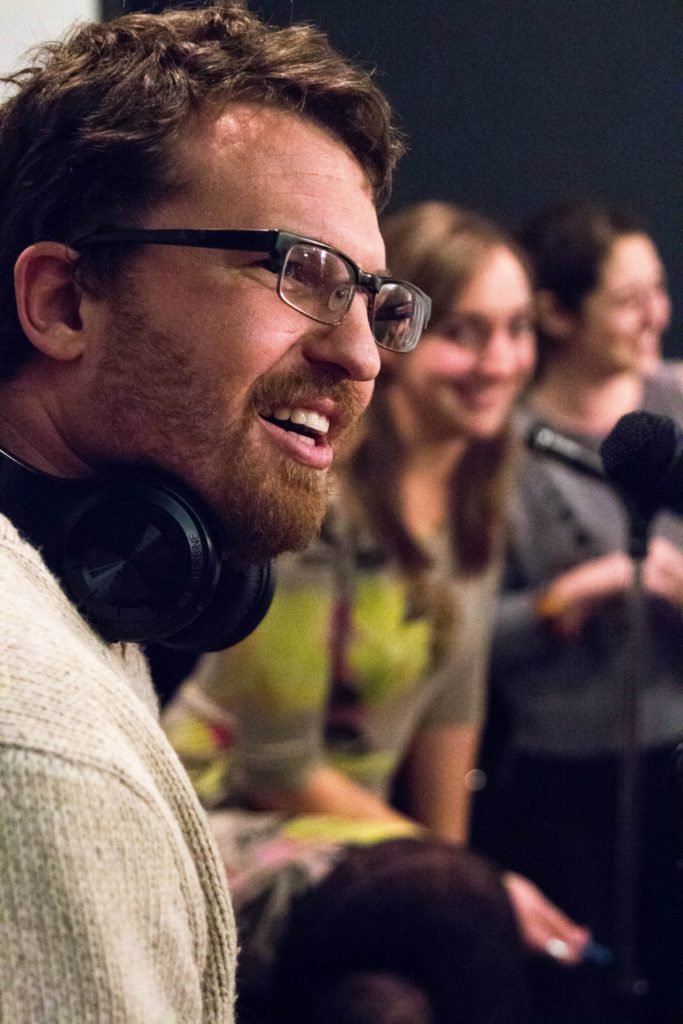 I have worked simultaneously in print and radio and have turned print pieces into public radio stories in New York, Memphis and Wichita. Although I’ve done a lot more video, because of how newspapers are organized, radio storytelling remains, along with magazine writing, my favorite form of journalism.

“Nobody throws snowballs no more. You been noticing that through the years?” Maleeke’s friend, Davon Reynolds Jr., asked wistfully one day after the program. “They talk about it but they don’t throw them. It’s like the snow is boring now.”….Continue reading/to listen

(I did a different version of that story for radio and for print, both of which can be found at that link. But the audio version can also be found on WESA’s site here.)

“ALLEGHENY COUNTY HAS A MASSIVE ILLEGAL DUMP PROBLEM. COULD $1 MILLION SOLVE THIS PROBLEM FOR GOOD?

Whenever the pair finds a hypodermic needle, they usually don’t just find one; they find several.

Chernov, 52, and Kramer, 31, are the only two employees who pick up trash, part time, for Allegheny CleanWays, a nonprofit that specializes in cleaning up the millions of pounds of junk that have been illegally discarded across Allegheny County. The nonprofit focuses on sites with at least 50 pounds of trash, not small pieces of litter. They pick up garbage on private land and dangerous hillsides where city workers aren’t allowed to go.

The Homewood site is typical: it’s hidden behind dense shrubbery, down a small drop-off. It’s easy for an unscrupulous hauler to slide waste over the edge of their trucks there without being seen. While the needles aren’t unusual, Chernov said he’ll find a gun on occasion: he’s found nine in piles like this.”…Continue reading/to listen

On his last full day in office, President Barack Obama granted clemency to 330 drug offenders. That brings the total number of prisoners whose sentences were commuted under Obama to nearly 1700 — more than the 11 previous presidents combined.

Richard Reser is one of those 1700. He returned to Topeka in December and recently spoke to Wichita Eagle reporter Oliver Morrison about how he’s adjusting to life after prison….

For full story, here is the link to the radio piece.

And here is the link to the original story and video.

School is back in session this week, and many suburban students are attending one of the six new municipal school districts.

Millington is a little different than the others, however.

Reporter Oliver Morrison brings us a story of high schoolers learning how to lobby, by grilling New York City Councilmembers on the issue of banning plastic bags.

Audio-post card and written piece on food waste for WESA, The Allegheny Front and PublicSource in Pittsburgh

University of Pittsburgh freshman Naydia Rowe recently grabbed a plate of french fries at dinner. But when she tasted the fries, she realized they weren’t fresh. She went back and got a new plate.

“I do feel bad because not everyone has food and I’m out here wasting a plate of good fries,” she said.

The University of Pittsburgh’s largest dining hall, Market Central, wastes nearly 1,000 pounds of edible food per day. Their waste contributes to the 130 billion pounds of food wasted in the United States every year, at a cost of $161 billion….

Q: What can cities do?

OM: Hundreds of these mayors across the country like Peduto said we’re going to stick to the Paris agreement. But the question is has anything changed?

Because typically we’ve been looking at the federal government and states to tackle climate change, but have cities since then taking on any extra powers? And by and large the early answer is “no.” There aren’t that many cities that are taking big, bold action…

“Behind the Headlines” on WKNO Memphis

Audio feature “It’s the end of the world: What should you do?”

Once you realize that you’re losing the battle for life and civilization, what should you do? Reverend Billy and the Stop Shopping Choir have an answer.

“A cure for colorblindness” audio addition to the Atlantic Magazine story