A representative for the National Transportation Safety Board said Tuesday that a large agricultural truck had “impacted” the rail tracks at the point where a passenger train derailed, injuring more than 30 people early Monday near Cimarron.

Although investigators would not draw final conclusions, Earl Weener, a member of the safety board, said Tuesday: “Within 25 feet of that impact point, the train derailed. Those are the facts.”

The investigators found that the tracks had shifted 12 to 14 inches to the south after looking at video taken from a camera on the front of the train.

The track had last been inspected on Thursday.

“Based on the information we have at this time, the rail ties had shifted in a way that is consistent with an impact of an agriculture truck,” Weener said…..Continue reading

MARCH 14, 2016: “Problem with track may have led to Amtrak derailment in Kansas that injured 32”

A problem with the railway track may have caused Monday’s derailment that left 32 people injured, two of which were critical, according to the National Transportation Safety Board.

The Amtrak train was traveling from Los Angeles to Chicago and carrying 145 people when it derailed just after midnight Monday….Continue reading 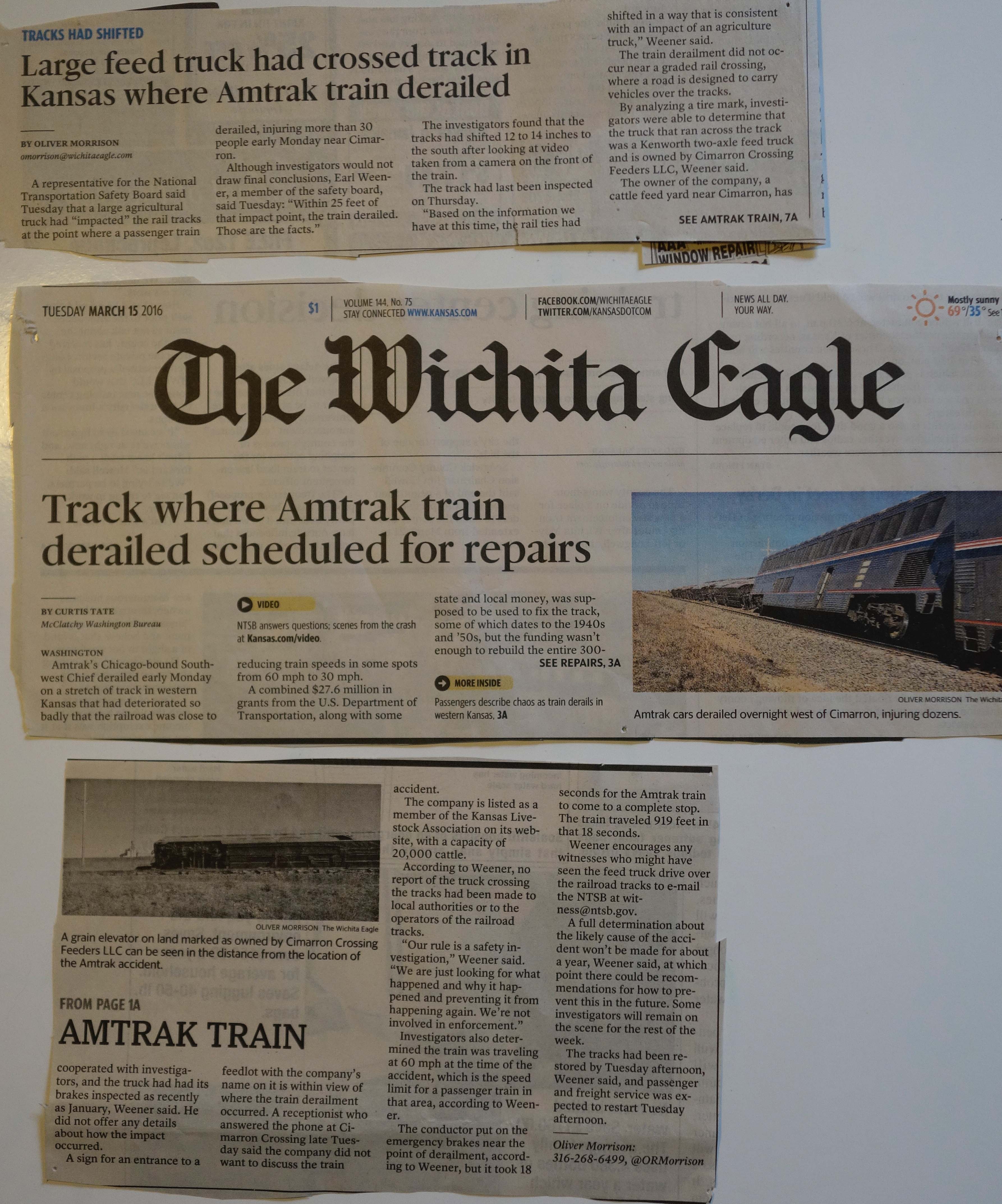 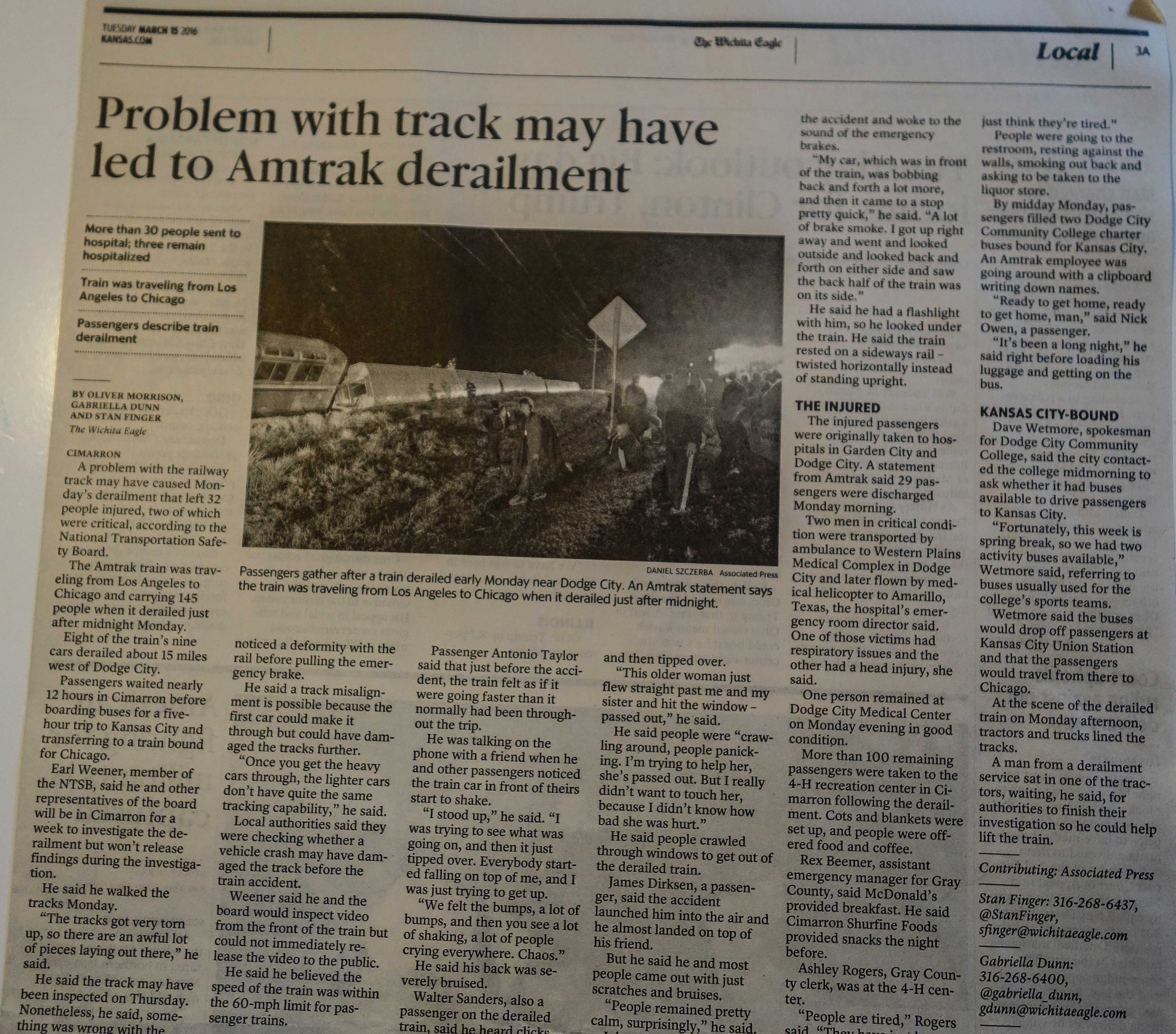